Blogs
Life at One Identity Cycling as an engineer - Interview with Zoltán Szrenkó, amateur cyclist, DevOps and syslog-ng team leader 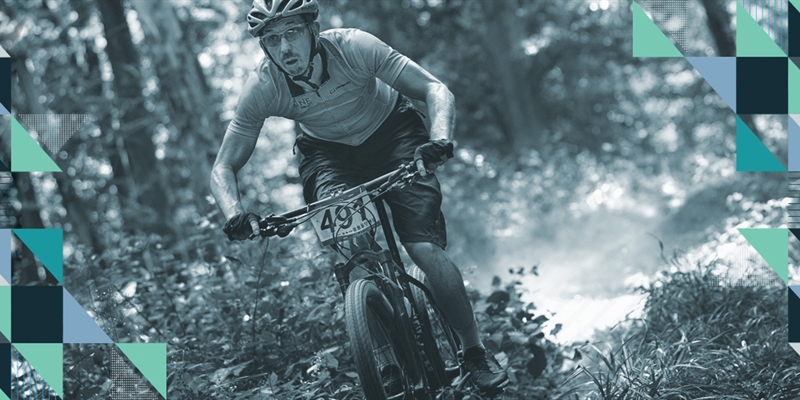 Zoltán joined One Identity in 2017 as IT Operations Manager. Then, in 2018 when One Identity acquired their predecessor, Balabit, Zoltán became actively involved in the integration process from the IT side and took over the R&D (Research and Development) DevOps team. He is also a passionate sportsman, as he has been cycling professionally for years and regularly participates in various competitions.

In this blog, you can read about cycling, Zoltán's last races and One Identity’s approach to sports.

What competitions have you participated in lately and how did you feel?

I took part in the Superior MTB and Cross Country Challenge in Visegrád, which is basically an MTB Cross Country race with downhills and uphills, and to be honest, it was a bit weird. There are two distances to compete in: the short and the long. The short distance is a crazy place to be because you can basically pedal at full speed for 70-80 minutes, so the pace and atmosphere are a bit... crazy. So, I went to the longer distance. There's a real strategy there; you can't go full speed for that long. But what happened in this race was that, somehow, out of three hours of cycling, I didn't see any other riders in the last two hours. I somehow ended up in a blank space, so it was pretty boring.

My last race was on 7 August, which was the XXII Bükk-hill Mountain Bike Marathon. I competed in the short distance and finished 11th out of 57 riders in the Master 2 category (40-50 years old). Overall, I came 37th out of 168 riders.

You have been cycling for a long time. How long have you been racing?

I had knee surgery in 2010 and at that time indoor cycling was part of my rehabilitation. Later I bought a bike under the influence of my mates and they told me there was a race and that I should join them in it. It was the Underworld Cup, which was really exciting because you have to cycle in the basement of the Kőbánya brewery. It was so cool that I kept going to races. In 2020, when the coronavirus epidemic began, I started looking for a coach and I've been racing seriously ever since.

How often do you train for competitions?

10-12 hours of training a week, plus Cross Fitness for physio and strengthening for my waist, thighs and core muscles. So, five times a week, I go for two to four hours, plus one CrossFit class a week. It's not even that much; the people who win the races train, like, 16 hours a week.

What does cycling mean to you?

One of the most important things about cycling, if you're an engineer, is that it's very objective because we measure everything. We measure the distance we've covered, the climb, the pedal rotation, our heart rate, our weight, our training time and our watts every morning and we put all that up in the cloud where analytics software shows us how we're doing. From that data, my coach tells us what we need to do and how we need to do it in order to achieve the maximum performance in the race. Since I'm an engineer, it really suits my mindset to look at everything objectively and build myself up. I can just look at the graph and see where I am. I like team sports as well, but with this sport, it's actually that as much effort as you put in, the further you’ll get, and that's good from an engineering perspective. You could compare it to running but cycling covers a much longer distance. For example, cycling from Budapest to Esztergom is a normal training session. In that time, you see a lot of things and you get a lot of experiences. Also, there's some technical stuff involved, like what you buy, for how much and what kind of stuff you put on the bike, just like when people tune their cars.

Do you cycle to the office?

I live on the other side of Budapest, so I usually cycle to the office as a part of my training. What's interesting is that it would take 70 minutes to get to the office in traffic with a car vs. 80 minutes with a bike, so it’s fairly comparable. Cycling to work is especially helpful now that it matters how much fuel we use. I cycle to work in cold weather as well. I have winter cycling gear, so down to about -2 degrees I have no problem.

How does the company support colleagues who participate in sports?

I would start with the benefits related to cycling. We have our own lockable bike storage room in the garage with changing rooms and showers. All You Can Move (AYCM) card is also a super option since it allows employees to go to a wide range of training sessions and gyms at a great price, although I only used it for one year. The in-house tournaments for ping pong, foosball and darts are also really fun and support the bonding between teams. As I consider myself a sportsman due to competitive cycling, I also enjoy regular outdoor activities. The One Identity cycling team recently went on Via Ferrata in Csesznek, we recently cycled around Lake Venice and are preparing for the Balaton half-lap soon. Other things that come to mind that are loved by my colleagues are participating in the European Week of Sport and the ongoing well-being online services (such as yoga and pilates, which are nowadays considered as standard in the industry). I am glad the company supports sports. The direction they’re taking is great! I would be even happier if there were different company sports teams.

I heard you also organize company cycling events. Where were you the last time and what are your next plans?

Last time we cycled around Lake Velence. Colleagues brought their partners, so it was a bit more relaxed. Next September will be the Balaton half circle, so we’ll go to towns like Füred, Almádi, Kenese, Siófok and Zamárdi. That a distance of 80-100 km. It's going to be tiring, so I've already started posting on the company bike channel for people to prepare mentally, because it won’t be an easy ride. There will definitely be other cycling events, and maybe team participation in different races. We've talked about the prospect with the others before, so I think there are a lot of exciting things to come in the near future.

If you would like to join us and be part of a supportive, active community, visit our careers page and apply for one of our open positions!