Active Roles Community
Forum Use workflow script to modify attribute of removed member
Options
Related
This discussion has been locked.
You can no longer post new replies to this discussion. If you have a question you can start a new discussion

Use workflow script to modify attribute of removed member

I have a need to modify an attribute whenever a user is removed from a group. Stored in every users extensionattribute5 are values like this   1024adm;1025adm;1969adm;1429adm;

We have matching groups for each of those values.   What I would like is that when a user is removed from group 1969adm it removes that text from the users extensionattribute5.    I was hoping a workflow would do the trick BUT i am having a hard time referencing the user that was removed from the group.

When i use an script to get a variable for the object it references the group and not the user.

Any help on how to reference the user(Activity target) in a powershell script would be great. 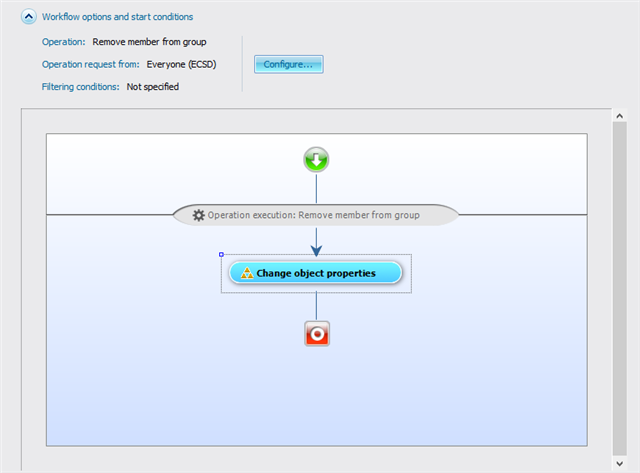