The principle of least privilege and why it’s important 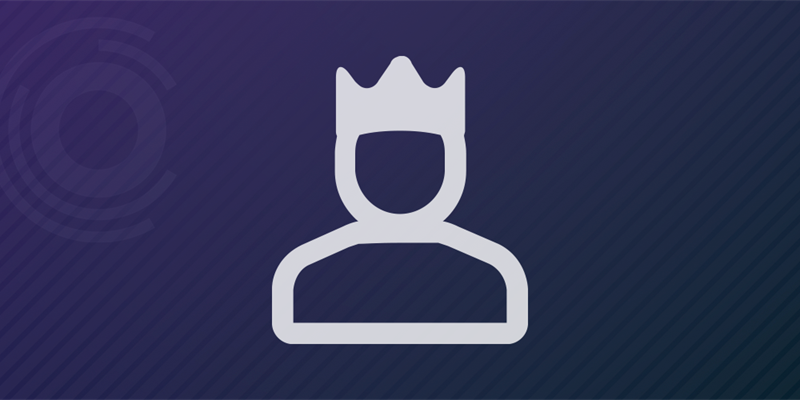 What is the principle of least privilege?

When your company observes the principle of least privilege, you grant users only the bare minimum of privileges in networks, systems and applications needed to execute their assigned tasks. By establishing least privilege in the context of a Zero Trust security model, you can significantly reduce the risk of compromise, breach and illicit access to high-value data.

For example, do your company’s marketing managers need access to your software development environment to do their job? Of course not. Similarly, do your company’s software developers need access to payroll data? No. Following the principle of least privilege, both of those groups of users would have only the access needed for their job functions.

Note that the principle of least privilege applies to all access: not only by humans but also by non-human (machine) users, such as devices, bots and software applications. In an era of booming demand for credentials and data sharing, threat actors are probing for weaknesses in your network and apps. Identity sprawl is the downside of easier interoperability that the transition to cloud-based resources offers, so no user should be granted more permissions than those required to execute approved tasks. Anything more increases the cybersecurity exposure gap of an organization.

How can you enforce the principle of least privilege with human and non-human users without jeopardizing security, compliance or user productivity? That requires a comprehensive system that can continuously manage and validate privileges.

Why is the principle of least privilege important and how does it affect data security?

Least privilege is an important part of network security because limiting user permissions to necessary accounts and resources helps mitigate the risk of a data breach.

For example, suppose attackers obtain the credentials of an employee account with few permissions. When they log in as that employee, they will have only limited system access, so potential damage (the “blast radius”) is contained. However, if those attackers compromise an administrator account with unlimited access, they can cause catastrophic damage.

That’s why observing least privilege offers multiple benefits and affects data security in several important ways. Please note that least privilege – and Zero Trust policies – can also apply to admin/privileged users as well – and may well be more critical in the admin realm with their elevated access rights.

Four benefits of following the principle of least privilege

With many organizations — which could include yours — the attack surface is increasing in size and vulnerability. As digital transformation motivates companies to operate hybrid IT environments and collaborate with contractors and third-party users, the surface continues to grow. Least privilege is intended to keep the surface as small as possible by restricting access and permissions to those who need them. Limiting privileges to only necessary platforms means that a threat actor can use stolen credentials to access and attack fewer systems and applications.

2. Helps stop the spread of malware

Maintaining the principle of least privilege can help to limit the impact of malware attacks. For example, if an employee clicks a link in a phishing email, the attack is limited to the accounts and permissions of that employee and won’t spread too far laterally. However, if that employee has super admin or root access privileges, the attack can spread throughout the entire network. By giving users only the specific permissions they need, you can be better protected against malware attacks.

3. Improves performance for users and systems

The practice of granting users only the permissions they need leads to improved productivity and fewer troubleshooting requests. And, by narrowing the blast radius of affected applications, it can improve the stability of the organization’s systems in the event of an attack.

If your organization collects, stores and uses sensitive data, you must comply with regulations for handling it properly. Usually, those regulations require that you enforce least-privilege access policies. Limiting access to users in specific roles makes compliance easier. Plus, it’s easier to pass audits when least-privilege policies are implemented and audit trails are in place for privileged activity.

How to implement least privilege

Many companies establish least-privilege policies in the course of deploying a Zero Trust cybersecurity model. Here are the main steps in the process:

To ensure that accounts have least-privilege permissions, it’s important to audit and know the current state of access in your organization. The goal is to verify that employees, outside users, devices, applications and robotic processes have only the permissions needed to complete their tasks on only the intended network resources.

Start all accounts with least privilege

All account privileges should start as low as possible. If a higher level or different access is necessary, add the appropriate permission as needed. Remove higher-level permissions from accounts that don’t need them. With role-based access control, your administrators can easily set guidelines for permissions required for a given task or responsibility. If a user’s role changes, remove permissions to resources no longer needed in the new role.

Administrator accounts and standard accounts should be separate, even for the same user. Split up high-level system functions—reading, writing and executing to databases and applications—from lower-level functions. Enforce separate privileges for auditing and logging.

Restrict access to increased privileges and temporarily grant elevated permissions on an as-needed basis. If a user temporarily needs higher or additional access to a privileged environment, allow access through one-time-use credentials or through session privileges with timed expiration.

Track and monitor access to your sensitive assets, such as employee records and customer data. That enables you to detect unusual activity and establish accountability.

By adopting the principle of least privilege and pairing it with Zero Trust policies, you can help your organization significantly reduce the likelihood of a devastating breach or attack.

Apply Zero Trust and the principle of least privilege