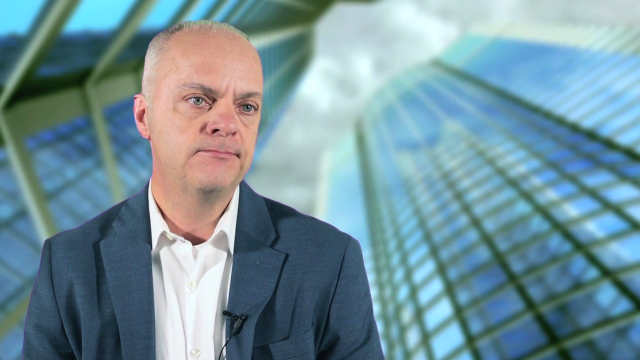 03:37
Learn why Novacoast, a global IT services and solutions provider, is a long-time One Identity partner and how the provider’s leadership knows it can count on us during ‘foxhole moments’.
Learn More
Show Transcript Hide Transcript
[MUSIC PLAYING] PAUL ANDERSON: My name is Paul Anderson. I'm the CEO of Novacoast, headquartered in Santa Barbara, California. Novacoast is a professional services company. In November, we'll be in business 23 years, so it's been a long time. And we're global, so our customers have started mostly in the United States. But now, we have customers all over the world. Our customers tend to be highly regulated. So we do a lot in the finance and health care space. We probably have about 1800 active customers today, but that changes on a daily basis. Right now, the challenges that our customers are dealing with really center around data. And because-- traditionally, data was stored in the customer's environment. But with the advent of the cloud, the data has been pushed out all over the place. And customers really are concerned about who has access to their data, is the data leaving the environment, is the data becoming compromised in some way, so it's really a data-centric concern that people have. So identity and access management is so important to our customers because a lot of times, we're coming to them initially to talk to them about security. But what we tell them is, if you don't have your identity infrastructure mapped out and done correctly, forget about the security. So you have to know who's your environment before you can properly implement the security technologies that'll keep the environment safe. So we have to do architectural roadmaps, and we do advisory services to say, this is where you should start moving and be in the next three to five years from an identity perspective. And then at that same time, in parallel, we can look at more security initiatives at the same time. So right now, a lot of times when we finish a security assessment for a customer and they invariably do have some issues, privilege access management, or PAM, is usually the thing that will hit first because it's just easy to knock down. And again, when we're talking about customers being compromised, it's the accounts that have the most access to data that are the riskiest to being compromised. So by implementing PAM we can knock down one of their big security challenges right off the bat and get a win. And then we'll kind of progress the environment as time permits. So we've decided to partner with One Identity for a number of reasons. First of all, when we look at vendors in any space that we're going to participate in, we want to know that they have products that do what it says on the box that they do, right? And that may sound very simple, but sometimes you'll implement technology and it doesn't do what it said it was supposed to do. So first off, One Identity has been in this space for a long time. Close to 20 years. Their products do what they say they're going to do. And the next thing is, do the products solve a real world business problem that customers are experiencing today? Identity management is one of those things that everybody has to do. Not everybody has done it. One Identity has the full suite of products that are relevant to the marketplace. And then lastly, it might be overlooked, but you want to partner with organizations that just have quality people. And we found that working with the One Identity people that we've been exposed to has been great. And that's really important to us because the reality is stuff is going to go wrong. Every environment is unique, so nothing's ever going to be done the same way twice. So you're going to invariably run into problems deploying technology. And it's not until you have a problem that you know that the vendor that you partnered with, how they're going to behave. So we like to call it the Foxhole Moment. And what we've found with One Identity is, when we get in the foxhole, they're right there behind you. You don't see them running away in the distance. They've been really good to partner with.